François BRUNET, Professor of American Studies at Université Paris-Diderot  and member of the Advisory Board of the European Journal of American Studies, and, for the last nine years, Director of the Collège Franco-Britannique of the Cité Universitaire Internationale, died suddenly last Christmas night, leaving his wife Lilli and four children. He was 58.

François was admired and loved by all his colleagues and students, both for his uncommon intellectual profile and scholarly productions and for an endearing personality betrayed at all times by the special spark in his very dark intense eyes, a spark one could not help associating with his interest in photography. His death put an untimely end to an improbable, unusual career, crowned by his election at the Institut Universitaire de France.

An ex-student of the École Normale Supérieure, one of the very rare laureates of the redoubtable Agrégation de Grammaire, he specialized in Classics, taught Latin and Greek ; he also spoke Russian from his adolescence on. Insatiably  curious of all things (his delightful collection of odd postcards was impressive, he co-edited a dictionary of English and American slang…), he early became interested in American literature and photography, wrote a doctoral dissertation (1993) on the pictures taken by early scientific expeditions in the American West by O’Sullivan and Watkins. The important exhibition he organized in 2007 at the Musée d’Art Américain in Giverny was fed by this research.

His main published theoretical contributions to the study of the art of photography stretch from La Naissance de l’idée de photographie [The Birth of the notion of photography] (Presses universitaires de France, 2000) to his recent La Photographie : histoire et contre-histoire (P.U.F., 2017). He had recently been working on American chemist and historian of photography Robert Taft (1894-1955). But his name will also remain attached to the massive L’Amérique des images, an oversized 400-page collaborative production, ten years in the making, published under his direction by Éditions Hazan and Université Paris-Diderot,  with the support of the Terra Foundation for American Art ; this  precious mine of often neglected or rare images covers  visual history and culture between the birth of the nation and our times (1700-2010).

We deeply mourn the loss  of a generous friend and dedicated scholar. Where are your wit and your wonderful sense of humour, François, now that we need consolation?

Maurice GONNAUD, who presided over the destinies of the French Association between 1973 and 1980, became the third president of EAAS, after A.N.J den Hollander and Harry C. Allen. From 1980 to 1984, he worked for our common good along with vice-president Sergio Perosa, secretary Hans Bungert and treasurer Rob Kroes. He died on August 16, 2017. He was 92. 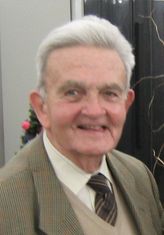 A highly principled scholar and citizen, a man of conviction, culture, measure and rectitude, generous with his time and dedicated to the joint cause of intellectual pursuit and European cooperation, he had studied classics before he turned to English at the end of the war, a legacy that shone through in his written prose and oral delivery, in his most urbane manners.

Explore rare manuscripts from across the globe with the latest online resource from Adam Matthew. Now available online, Frontier Life: Borderlands, Settlement and Colonial Encounters, provides students and scholars instant access to content vital for comparative research and classroom use.

American Studies in Scandinavia is a respected and tradititonal (established in 1968) peer-reviewed journal in American Studies. It is interdisciplinary and multidisciplinary, inclusive to academic specialties as varied as history, literature, politics, geography, media studies, ethnic studies, culture studies, law, economics, and linguistics.

The Shapell Manuscript Foundation : an extensive collection of primary sources, such as letters, documents, photographs, and other artifacts. The foundation specializes in manuscripts relating to American History, including the Civil War, American Presidents, etc.